Here is a great read about surf therapy found @ 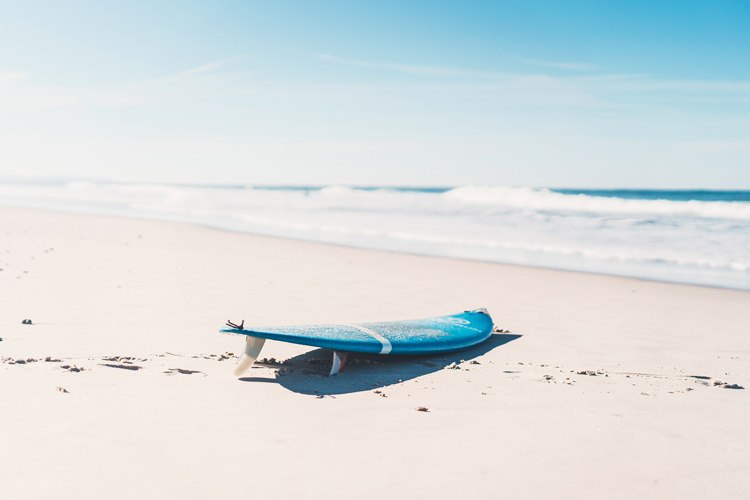 The Naval Medical Center San Diego (NMCSD) is among the institutions that are researching the possibility of using a new form of therapy to treat PTSD (Post Traumatic Stress Disorder), anxiety and stress.

The physical and psychological benefits of surfing are something many enthusiasts can attest to. Scientists have been working to establish the exact mechanism and value of this form of rehabilitation.

The NMCSD studies were prompted by studies that show an increasing number of people diagnosed with PTSD. More than 8 percent of adults in American will have PTSD in their lifetime.

Between 2001 and 2011 the number of active duty military personnel diagnosed with the condition increased by 65 percent.

Researchers believe it can be effective for treating a number of other mental health conditions such as anxiety, depression, and stress.

Surf therapy can be thought of as a form of adventure that can be appealing to young people who are underserved by other forms of treatments. 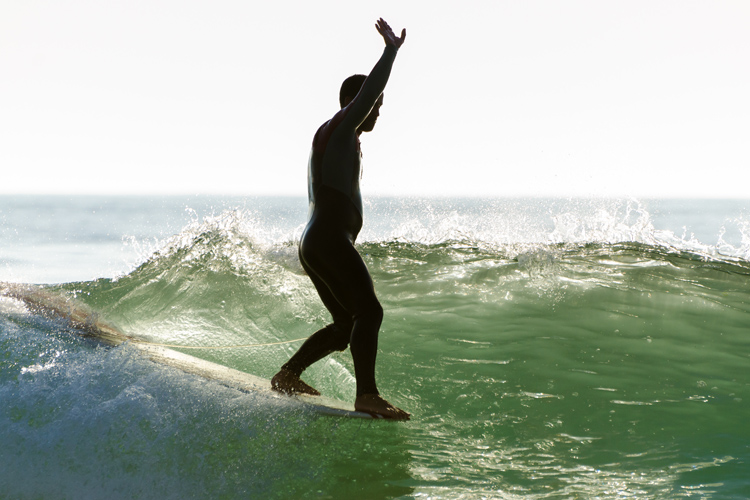 Surf therapy could prove to be beneficial for treating mental health conditions for the following reasons:

Emotional Wellbeing: According to the Wave Project

A British surf therapy charity study indicated an improvement in mental and emotional well being for young people who had experienced trauma and other psychological issues.

The therapy yielded consistent week-in week-out improvements in self-management, communication, and cultivation of positive outlook on the young participants.

The therapy does not require medication and is free from the side effects that come with medication-based therapies.

It is a holistic form of therapy that promotes mental, psychological and spiritual well being. A holistic approach is much more effective compared to therapies that are non-integrated.

You only need a surfboard and the ocean. You may initially require a trainer, but the therapy will prove to be cheaper than other alternatives in the long run.

In order to make the most of this form of therapy, researchers are trying to establish why it is effective for psychological conditions such as PTSD, anxiety and even substance abuse. Here are the reasons why it could be one of the best forms of rehabilitation:

Surfing is a form of adventure or outdoor therapy. Research indicates it is particularly effective in treating anxiety and stress. Researchers say it is beneficial because:

Adolescents and adults are constantly engaged in activities that involve a lot of screen time on the computer and the smartphone.

Surf therapy gives the opportunity to unplug and engage in therapeutic, outdoor activities.

It gives an alternative to those who are not responsive to other forms of intervention. It has been found to be effective for adolescents who may not find traditional therapies appealing.

It is a form of treatment that is fun and enjoyable. Participants are therefore likely to see it as a form of recreation rather than a monotonous treatment protocol.

It engages participants who voluntarily involve themselves physically and psychologically. 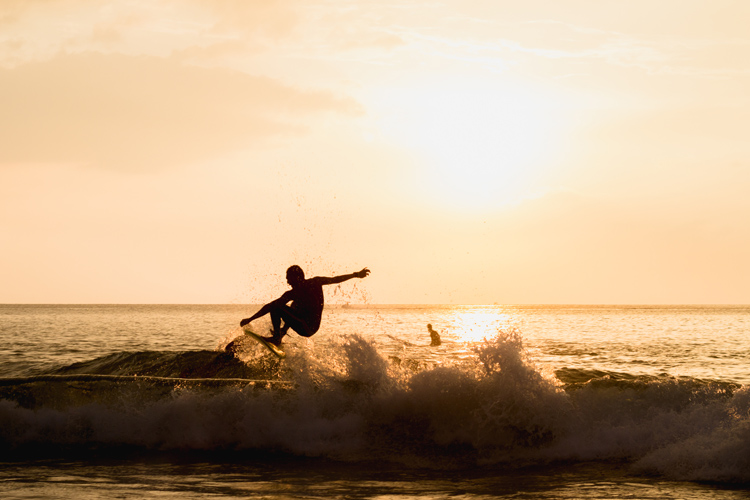 The Psychological Power of Awe

Awe is defined as the feeling of wonder and reverence mixed with feelings of fear when experiencing something vast or novel. Nothing inspires awe like the vastness of the ocean.

It may be compared to looking at the stars and contemplating the universe that appears to stretch into eternity.

A 2015 study published in the Journal of Personality and Social Psychology indicates that awe inspires a sense of wellbeing, loving-kindness, and magnanimity.

Why does it work? According to the researchers, the feeling, though short-lived and hard to define, encourages us to look beyond ourselves and consider our situation without the temptation to be preoccupied with narrow self-interests.

In addition, they believe this sense of reverence can inspire people to be more loving, more likely to volunteer, and to adopt a more loving attitude towards others.

Surfing requires a fairly high degree of concentration or focus. You are forced to maintain focus as you glide through the waves.

Therefore you tend to gravitate from other negative thoughts even if for only a limited period of time. The fact that it is done outdoors and is a fun activity makes it easier to keep the mind focused.

Surfing is a good form of exercise that promotes physical fitness. In one hour an average person can burn around 240 calories per hour. It is also a low impact form of exercise suitable for people of all ages.

The focus required to surf combined with the adrenaline rush helps to promote a sense of mental and physical well being.

There are many studies that have confirmed the benefits of exercise in promoting self-confidence, the mind’s ability to cope with stress and alleviate anxiety.

Additionally, dopamine promotes a sense of well being that counters the distress experienced by people struggling with various forms of addiction.

This makes it ideal for addressing mental health conditions, alcoholism, and substance abuse. 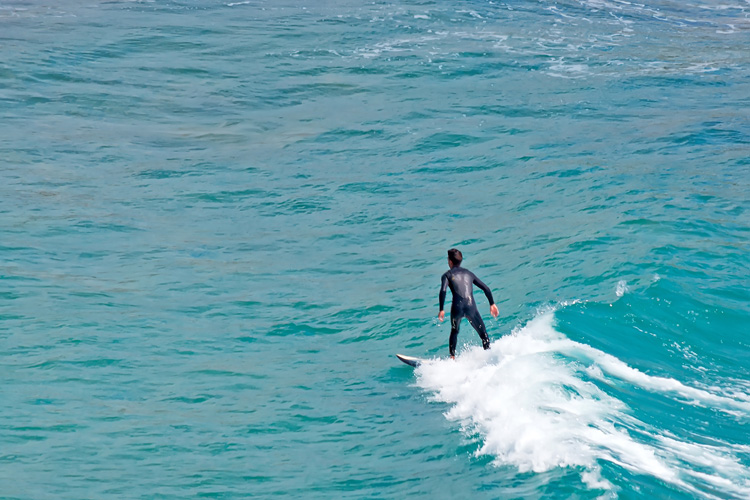 If you are struggling with anxiety, depression or PTSD, you can take up this form of therapy by signing up for programs arranged by charities and non-profit networks.

These programs have trainers that guide participants so that they can overcome the mental health challenges they are going through.

There are treatment programs near you that you can find by doing a quick search online.

Researchers have established that surf therapy to be effective in treating conditions such as PTSD, anxiety, depression, and prevent suicidal thoughts.

Surf therapy is particularly impactful for adolescents and adults that are not responsive to conventional therapies because it is not appealing.

It is a low cost, evidence-based treatment suitable for people of all ages. There are several programs that you can sign up for even if you don’t live near the sea or have never surfed before.

Further, research is being conducted to establish the exact mechanisms and modalities to enhance surf therapy for the treatment of a number of mental conditions.
Words by Patrick Bailey
Professional writer | Mental Health, Addiction, and Living in Recovery | patrickbaileys.com

"Serene Waters has provided an invaluable service to both our clinicians and our clients. The clinical experience that governs the adventure therapy ensures that in addition to having the opportunity to enjoy some of California’s natural beauty, our clients are also receiving skills training which ties directly into the rest of their treatment. Beyond the benefit for the clients, our clinicians have the opportunity to collaborate and complete tasks of case management while the clients are engaged in a therapeutic experience. The addition of services provided by Serene Waters has added more value and scope to the treatment provided at New Method Wellness." -Doug Plieman, M.S.W., CADC-II Program Director of New Method Wellness (as seen on Dr. Phil and A&E).

“We have been utilizing Serene Waters Adventure Therapy for our clients that are newly in recovery for Mental Health, Chemical Dependency and Trauma. James and his staff has been nothing but superb and when it comes to meeting our clients where they’re at. They make the effort to engage with each individual client while maintaining safety for the ocean and challenging them to try something new and stay out of the comfort zone. The therapeutic value that they have found through their surfing experiences have made a huge difference in our clients lives.” - Marissa Murray, Program Director , Rising Roads Recovery for Women

"I can't say enough about James and the wonderful experience my daughter had with him. She was struggling with depression and each time we had a lesson she felt better and better. James is a wonderful, patient teacher who gives an tailor made lesson to what you are looking for. He helped her find the quiet in her mind and how to be in the present moment which was exactly what she needed. I highly recommend James if you are looking to learn to surf and/or need some help with feeling better and learning to be present." -Parent of a Client

"James works with our kids at Sustain Recovery and does an awesome job! It's truly amazing work he's doing with our kids. He doesn't just take the kids surfing. He actually processes the therapeutic components to surfing that relate to challenges that they are facing in their daily recovery. I would highly recommend him to anyone looking to expand the experiential component of their clinical program!" -Kyle Carter, Co-Founder of Sustain Recovery Services

"I am honored to write a recommendation for James, for the simple fact that he brings a very ethical experience to his work with clients. His love and compassion for the helping profession is contagious. His passion for surfing allows clients to want to participate and learn something new. Applying his clinical experience to his surf groups allows clients to see recovery in a different sense then they may not have been seeing it as. The level of empathy that he brings allows clients to have a safe place to open up in. Thank you for your hard work" -Patt Ochoa, CADC-II Founder of 11:11 Intervention Inc.

"I have been working with Serene Waters for several years now. They have become a huge part of our program, in showing and teaching our clients how to have fun in sobriety and learn new healthy hobbies! I also appreciate their professionalism and heart to help people in recovery!" -Stephen Carmel, Founder/ CEO California Prime Recovery